Never a dull day, let me tell you. So yesterday my office window shattered. Oh no, I thought, some poor bird hit the window so hard it broke, poor thing musta died. Uh, today the custodial engineers came out to replace the window and pulled out a 9mm slug. Quite a different story. Apparently earlier a rapist was arrested about a block away after firing shots in the air, random like. One of his stray bullets broke my window.
Time to move my desk away from windows, don’tcha think?

Yup, teaching in an urban campus –it’s always a party! 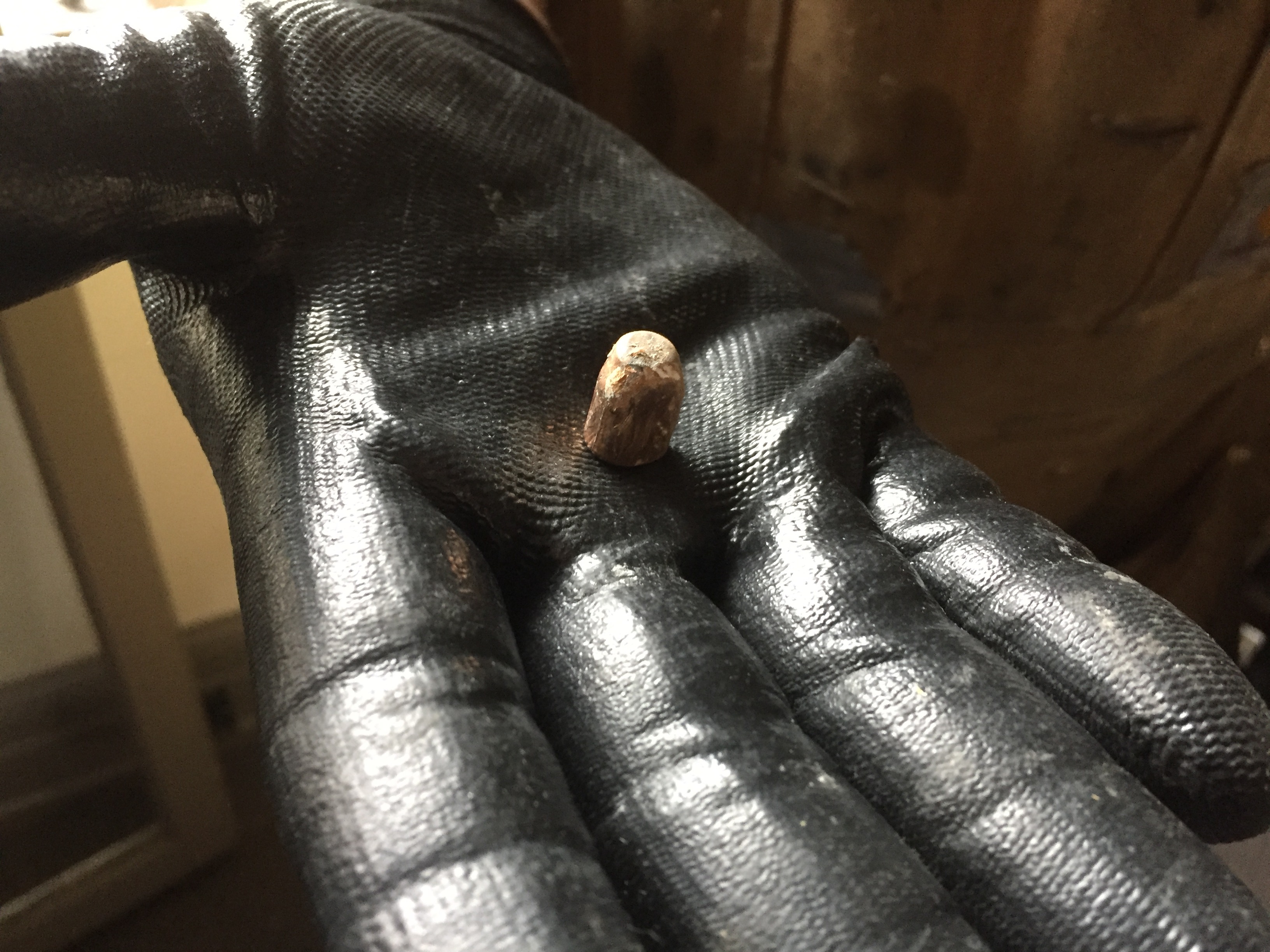