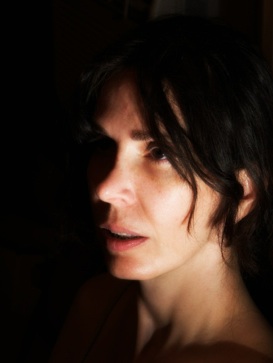 Tatiana Garmendia is an inter-disciplinary artist with a figurative twist. Her work synthesizes formal concerns and a humanist engagement with history and culture. “History is not a subject I just picked up from a dusty schoolbook, but things I’ve actually lived. I remember playing in abandoned missile trenches as a child,” says the artist, who was born in Cuba during the height of the Cold War. Repatriation from the Spanish government took the artist’s family first to Madrid, and later to the U.S.A.

Garmendia’s classical training began at the American University in Paris. Traveling throughout Europe, she also learned from the works of the old masters. Returning stateside, she continued her formal education at the School of the Museum of Fine Arts in Boston, and Florida International University, where she earned a BFA in 1985. After college, the artist taught drawing and painting for five years. In 1990 Garmendia moved to New York to pursue graduate studies at the Pratt Institute of Art, Brooklyn. A college art conference brought the artist to Washington in 1993 and she fell in love with Seattle. A Cintas Fellowship the same year made it possible for her to move to the Emerald City, where she currently lives and teaches.

Garmendia has exhibited her work throughout the United States and abroad. She has exhibited at The Bronx Museum of Arts, Art In General, and Stux Gallery in New York. Among the European galleries where Garmendia has shown are The Milan Art Center in Italy, Castfield Gallery in England, and the Galeria Riesa Efau in Germany. Her works are in public collections in New York, Miami, Illinois, California, Ohio, and the Dominican Republic.