Near the end of 1993, a dear friend died of AIDS. I turned to painting. The Abject Body series (1993-1997) can be loosely assembled into two related groups: images portraying an intrusive operation, and images portraying an incursive disease. Culled from old medical books the imagery in this series presented the beleaguered body at its most vulnerable: anonymous, cropped, invaded. I balanced revulsion with attraction by painting these canvases using sensuous colors and multiple glazes that shimmered with light.

By 1997, the shocking, illustrative nature of the Abject Body series gives way to a more stylized, painterly treatment of surface. The drips and smears that form the ground for stenciled and brushed diagrams of body parts become a sick surface.

I only have a fraction of the paintings left from this series which met with censorship and physical attacks on the work. 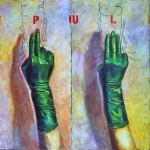 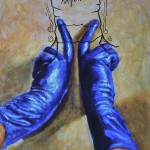 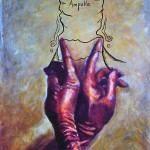 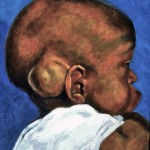 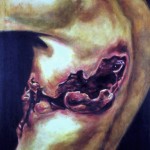 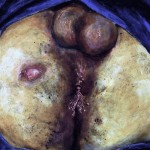 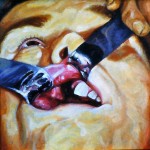 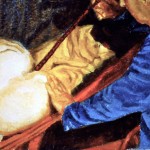 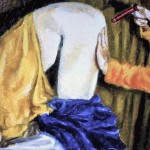 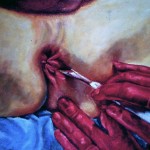 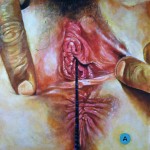 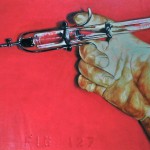 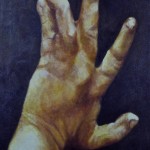 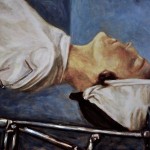 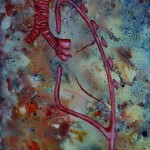 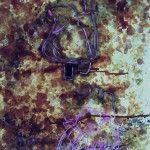 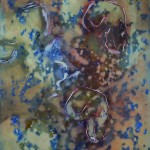