The Exodus is a part of the Epic series of narrative paintings, and was conceived after a visit to the Moses Lake Museum and Art Center and subsequent communication with its director.

Through sequential canvases that are organized like a free-form graphic novel, this 30 foot long, multi-panel installation explores emotional connections between historic events and ordinary people. Taking the Cuban Missile crisis as the point of departure, Exodus explores notions of patriotism, of loss, and of nostalgia for a past that disappeared and a future that never materialized. It commemorates liminal events that slip between fact and fable; the stories of American pilots and cheerleaders, of Cuban refugees and counter revolutionaries. A YouTube video narrates my thoughts on the project.

The chromatic theme of the panels, which all hint at a sun felt but not seen, is inspired by a verse from James Dickey’s poem, “The Hospital Window”:

Each window possesses the sun
As though it burned there on a wick. 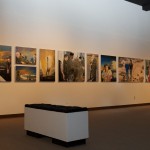 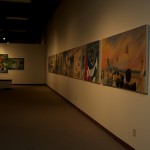 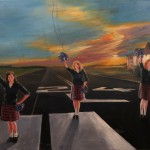 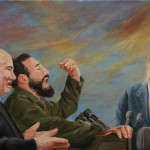 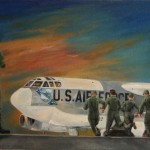 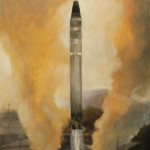 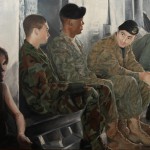 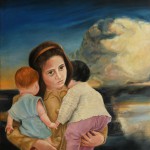 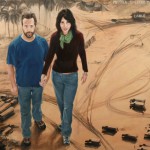 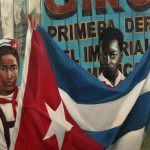 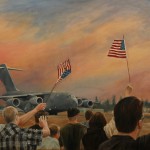