After initial announcement that the 2020 fellowship was cancelled, the annual Artist Trust Fellowship was reinstated earlier this year. I was one of nine creatives from across the state awarded the unrestricted $10,000 award. The others include: visual artists Dan Friday, Mary Ann Peters, and Anthony White; performing artist Benjamin Hunter; multidisciplinary artists Jaleesa Johnston and Chris E. Vargas; and literary artists Rena Priest and Sharma Shields.

I am so grateful to receive this award for a second time!!!

I broke into tears when I was notified. There is so much talent and dedication in our communities. Our cultural ecology is so diverse and gifted, how difficult it must have been for the jurors to choose among the countless deserving creatives!

I am so humbled by this fellowship, its generosity and support, by the validation that comes from knowing that my work was chosen by other art professionals who get what I am putting out into the world. The money is meaningful too.  It goes without saying, Covid19 has affected all of us in punishing ways and without this funding I wouldn’t be able to take the next step in my practice. I’ve been painting over all my old canvases because I ran out of materials, limiting the scale of my work with understandable thrift.  The Artist Fellowship grants me the support to keep on making an impactful dialogue in the language of art and in the language of feminist revisionism, without the bridle of narrow commercial concerns. My heart just overflows with gratitude to every single donor, every sponsor, every cultural worker who contributes to Artist Trust and its many programs. Thank you!

The group exhibition of Neddy at Cornish finalists and winners is without a doubt going to be spectacular! Curated by Juan Franco Ricardo, my work joins that of J Agbro, Romson Regarde Bustillo, Julia Freeman, Emily Gherard, Aramis O. Hamer, Amanda Knowles, and Inye Wokoma. I’ll be showing three paintings– one big, one medium, one small. Pick your favorite!

So honored to be the featured artist in their October issue. I love this painting, which commemorates Marie Curie, the ultimate alchemist! She won not one, but two Nobel , the first in 1903 in Physics, the second in Chemistry awarded in 1911. The only woman to ever be awarded two Nobel prizes, and the only person to be awarded two prizes in DIFFERENT scientific fields.

Last year, on top of my documentary series, I devoted my studio to activating Puer, Jung’s Eternal Man Child in the studio. No Uncommon Destination 2 sailed it’s way to the cover of Parentheses.

I couldn’t be more excited!!

Mourning Embroideries from The Lamentations are included in Threaded, MCC Art Gallery

Three of the Lamentations are included in Threaded, an exhibit of new works by 34 artists from across the USA who are engaging with fibers in new ways. Hosted by the MCC Art Gallery, the show runs September 3 – November 7, 2019.

My three pieces feature veterans from the wars in Iraq and Afghanistan posing as martyrs, saints, demons, and dead from Michelangelo’s masterpiece, The Last Judgement. Embroidered from hair and tears onto military netting, the small clusters of hair define soldiers and join single strands to create explosive debris, dust clouds, and lyrics. No matter how full the composition, the embroidered contours are practically invisible from a distance– a visual parallel to private yet communal sorrow. Pure, simple, restrained.

Juried by María-Elisa Heg, curatorial fellow at Houston Center for Contemporary Craft and Mark Newport, fibers artist and Head of Fiber at Cranbrook Academy of Art.

My work is included in the new Vastarien!

Three Book of Hours collages are featured in Vastarien Vol 2 Issue 2 on pages ii, 96, 150. Get a copy at your local bookstore, or buy it online!

Shadow Boxing Premieres at The High Wall at Inscape Aug 1-4, 2019

My animation Shadowboxing makes its premiere at Inscape’s The High Wall just in time for the Seattle Art Fair. There will be a reception after sundown tomorrow, Sunday August 4th, 9pm – midnight. Reception includes a cashier, my film and another by There’s a $10 donation at the entrance to support Shunpike and The High Wall. Get in for free with the code “High Wall 2019”. Yeah, I got you covered.

Don’t miss the chance to taste bites by Master Chef Tariq Abdullah, listen to music by DJ J-Nasty and MISSGUCCI, and of course, see amazing art! Selections from my Migrations series join the work of fellow Cubano, Hugo Moro, and Mexican artist, Arturo Arturez. The exhibit continues through January 20, 2020, so if you miss the opening, you do have time to sample the visuals.

The international journal is a winner of the Parent’s Gold Choice Award, so it’s only natural that Puer, the Eternal Man Child, wanted to share his dreamy home with other eternal children.

Just like me, Puer likes to paint and draw, and listen to the rain from an open window. Lucky for both of us that it rains here about 9 months of the year! Look for the new volume in September.

The international journal contacted me and asked me to submit images for their 7th volume. The seventh volume? How could I resist? I had just finished painting Seven Veils of Koi pictured above. Puer is always busy!

Four of My Paintings Are Published In Magic Tricks!

Four paintings from the Puer series have been included in Magic Tricks, a Literary and Visual Art Anthology published by Havik.

The anthology entitled, Take A Stand: Art Against Hate will be published in the fall, 2019. The book will also include another of my drawings. I am so honored to have my work included. The labor of sowing peace and unity in a time of divisiveness, hate, and nationalism is an ongoing effort for all culture workers with a conscience and a heart.

Havik Anthology is publishing four pieces from the Puer series

While I have been busy getting up to speed at the college after a 9-month sabbatical, my alter ego Puer has been busy. Havik Anthology, an arts and literature publication is featuring four pieces from the Puer series in their next volume. I am so excited and grateful to be included by this prestigious anthology published by Las Positas College from California!

Alchemists of old called the furnaces where base matter was transmuted into gold the House of Chick, because symbolically, this incubator is a metaphor for the human body, and our physical metabolism is the fuel that transforms matter into the sought after body of light.

Five paintings from my new series, Alchemical Bride, are on display at the Cornish Playhouse in an Artists Up group show.

The show is up through May 15th, 2019 at the Cornish Playhouse, 201 Mercer, on the grounds of the Seattle Center.

Seven pieces from the Puer series will appear in Up The Staircase Quarterly. The pieces as a group are titled Through The Aleph, because my alter-ego, Puer, that eternal Man-child, travels through one to experience different landscapes. He’s my very own transcendentalist, with an exuberant point of view!

Spring and Jump Into Green

This piece is my contribution to this year’s EGGS-plore Lynwood Egg Hunt. The EGG hunt city wide is on!! After the egg hunt, the eggs will be on display at Lynwood City Hall and auctioned off to support local nonprofits. The auction is on June 14th. I Love nothing more than to be able to give back to my community!

One of the most awesome memories from a youth spent in the tropics is the sight of bright tree frogs latched onto a window. I could inspect them up close and they wouldn’t try to flee. They knew there was glass between us. Maybe the frogs wanted to get a closer look at the humans too! Frogs usually herald springtime with their croaking and chirping choruses, but sadly populations in the US and abroad are declining. Amphibians are the first to suffer when contaminants enter the environment and so I am hoping these colorful frogs will help bring awareness to how we all can spring a little more into green. Every little action by every single one of us adds up to one big greening effort!

Making It, A Life In Art 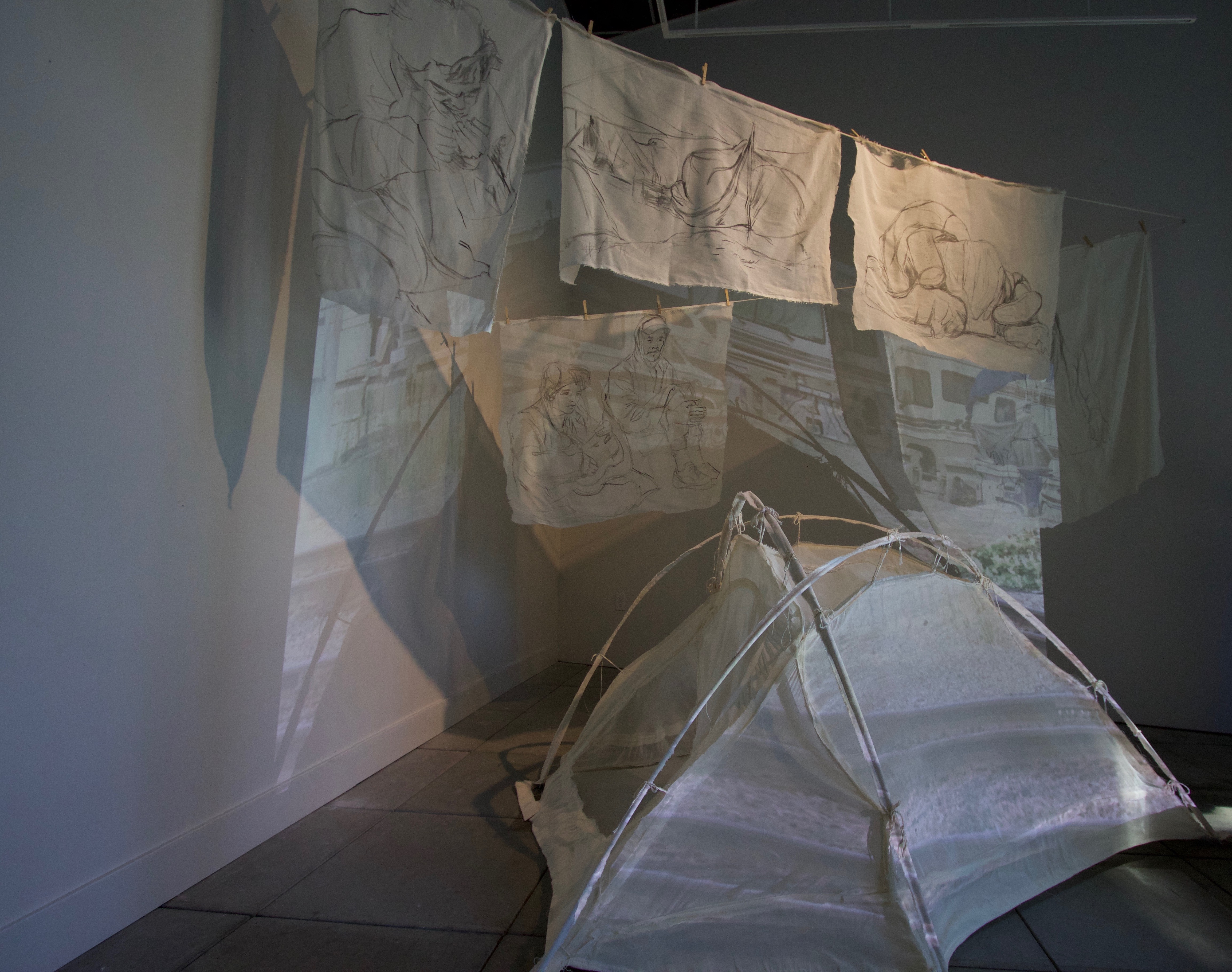 I am so honored to have my multi-media installation, No Hiding Place Down Here,  included in this critical exhibition. Curated by Megan Valentine, the show examines the too often ignored subjects of poverty and homelessness.  On view in conjunction with Sordid and Sacred: The Beggars in Rembrandt’s Etchings, Concrete & Adrift features work by regional and national contemporary artists working in a variety of media.  The Alexandria Museum of Art is committed to fostering a culturally rich community  through innovative art experiences. 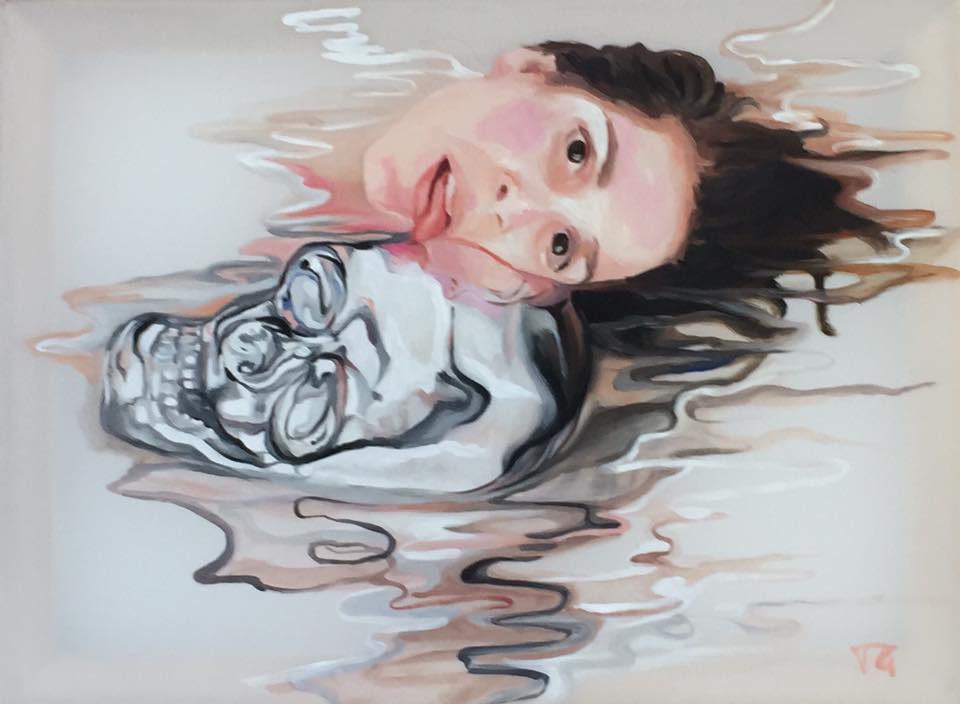 They published a selection of my Books Of Hours Series!  This was such a thrill…you can’t imagine. As some of you know, my mission is to change hearts and minds through art, and this unique journal intersects so beautifully with my own vision. Wake up Screaming is an online arts magazine, a window to the soul based in Glastonbury U.K. The first article is by Tom Bree, who is currently writing a book about sacred geometry in the Well’s Cathedral. Visit the journal and see my work here: Book of Hours at Vol #16, NUMBERS

New Video Shorts For My Documentary, A Life In Art

So if you’ve been wondering why you haven’t been seeing new artwork on the Puer or Migrations series, it is because I have been neck deep in writing, directing, editing, and producing a documentary…um, with only my husband to help me! I’ve got five more shorts in the pipeline before I embark on the long documentary piece. So yup, this is a no-budget, bring your heart and soul to the community kind of film-making project. oxox

I’ll be debuting For What It’s Worth and showing three other films and a new drawing from the Migration series. Other artists in the show include Alva Mooses, Edel Rodriguez, Deborah Faye Lawrence, Ricardo Gomez, Felipe Baeza, Mauricio Cortez Ortega, Shahrzad Changalvaee, and Maria de Los Angeles. 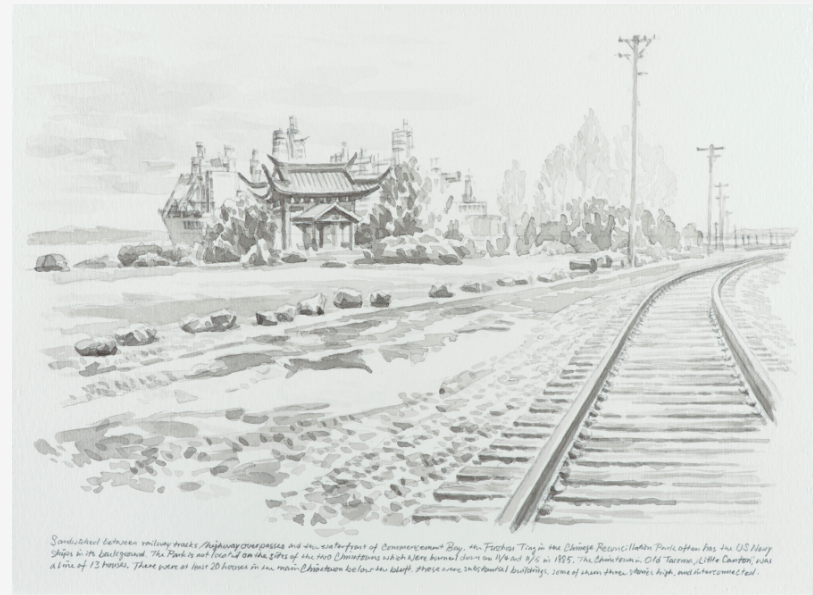 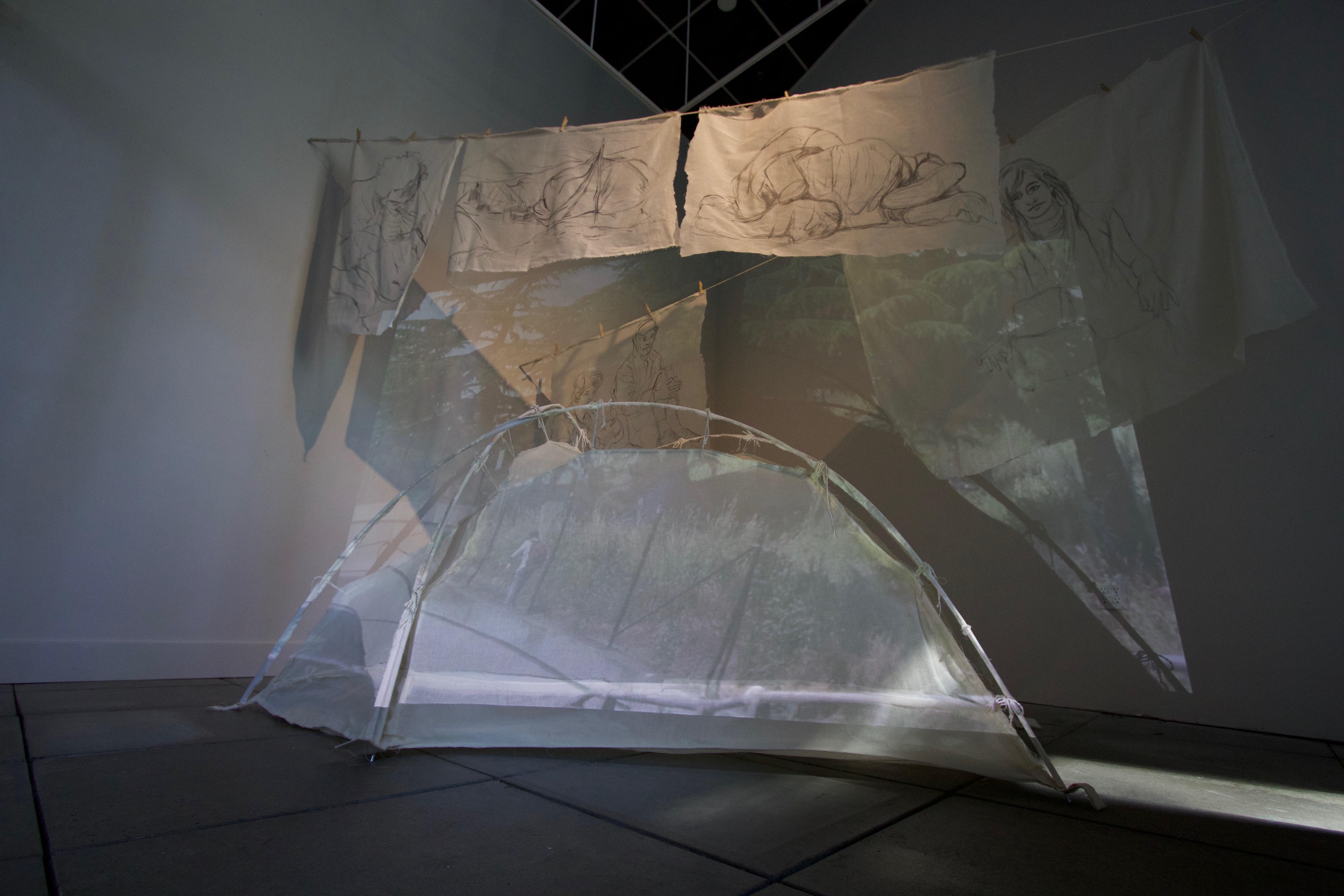 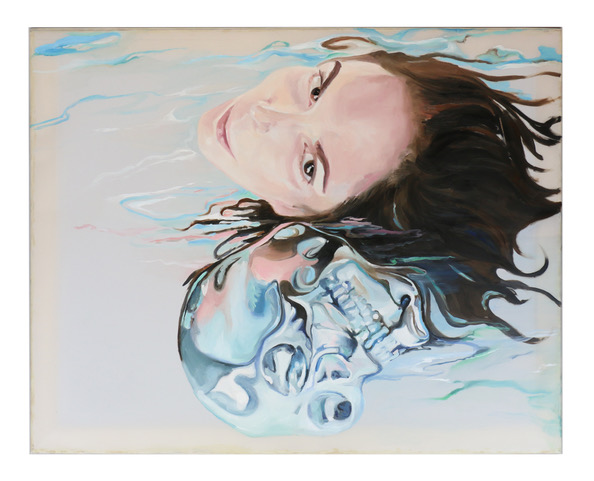