In the Pre-meditated PMS series (1990-1993) I examined the female body as a cultural agent in a satirical exploration of how the feminine form is transformed into a fetish. By manipulating materials and objects associated with how women’s bodies are perceived in various roles in the home and world at large, New Form sculptures disrupted and exposed hidden narratives without imposing the prejudices of established agendas. For example, I used three manipulated skirts as surrogates for the female body, abusing each. One was repeatedly burned on a stove, another by cigarettes, yet a third skirt was completely deconstructed. I systematically removed every horizontal thread in its weave, effacing its integrity over a period of time. The oil on canvas paintings of the same period often respond to commercial images of beauty. Here are a few images that remain from this period of my art practice. 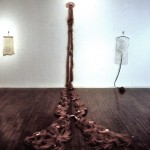 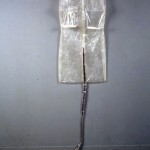 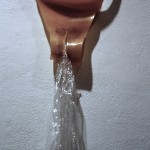 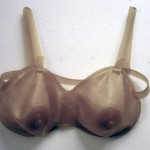 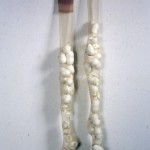 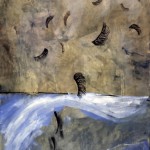 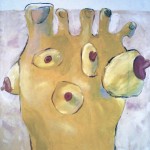 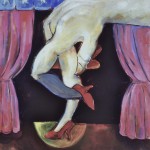